Sign language refers to a language in which meaning is conveyed by hand motions and movements instead of sounds, which is the more commonly used method of human communication. Sign languages are favored by deaf people around the world because these individuals are unable to hear spoken words.

The evolution of sign language was stunted for hundreds of years because of a few irresponsible opinions that originated in ancient Greece. In the year 364 BC, the famous philosopher Aristotle incorrectly declared that deaf people could not be taught because all learning occurred through hearing. This single ridiculous statement made Europeans assume for centuries that deaf people were inherently stupid.

Attitudes began to change in France in the eighteenth century, when a Catholic priest named Charles-Michel de L’Épée took an interest in two deaf street children who were able to communicate via hand signs. He went on to open a school that offered free education for deaf people. His students were encouraged to show him the signs they used at home, and L’Épée combined all these signs into a standard system. He used this system to teach his own students and educators from other countries. L’Épée eventually came to be known as the Father of the Deaf .

Decades later, an American doctor named Thomas Hopkins Gallaudet wanted to teach his deaf neighbor how to communicate, so he traveled to Europe in search of advice. After consulting with many of L’Épée’s successors, he returned to the United States and founded the American School for the Deaf, where his neighbor became one of the school's first students.

Nowadays, there are many different sign languages around the world. American Sign Language (ASL), which was developed by Gallaudet's school, is the most popular dialect with anywhere between 250,000 and 500,000 users worldwide. ASL signs are somewhat like Chinese characters. They oftenresemble the concept they are trying to convey, but they're not a direct match.

Also, ASL is much more than just an alphabet, which is a common misconception. Deaf people have come a long way since the days of Aristotle, and much of this progress is thanks to the sheer will of people like L’Épée, as well as the development of educational tools like sign language. 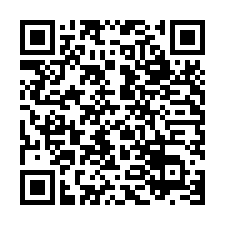