I told the patient that I needed to fill out some paperwork, but in reality I'm not sure how I should proceed on this one. It might just be a classic case of the mental disorder called schizophrenia, but something doesn't seem right.

While no one is totally sure what causes schizophrenia, we do know some things that increase the chances of getting the disease. There are definitely a few red flags in this patient's background. First of all, his sister has been diagnosed with schizophrenia, meaning he has a 6.5% chance of developing it himself. What's more, the patient has a history of drug abuse involving marijuana and cocaine. That can be another contributing factor. He’s also twenty years old, which is about the time when schizophrenia usually starts to manifest itself.

It's certainly true that his symptoms don't resemble the paranoid type of schizophrenia. He isn't hearing any voices in his head, thinking he's better than everyone else, or becoming suspicious that people are out to get him. However, he is definitely displaying symptoms of other kinds of schizophrenia. He has isolated himself from his friends, doesn't display much emotion, and can't sleep at night. Most troubling, he's having problems formulating sentences. His speech is becoming distorted because his mind cannot think in an orderly and logical fashion. This might be a sign that he's developing a case of disorganized schizophrenia.

He could be one of the 3.2 million Americans who suffer from schizophrenia, or he could just be a depressed young man who has fried his brain with illegal drugs.

I always want to be absolutely sure before I diagnose schizophrenia because the antipsychotic drugs used to treat it can be very damaging. The last person I prescribed antipsychotic drugs to suffered from side effects such as dizziness, tremors, and weight gain. He even started to move in slow motion sometimes. On the other hand, bad things can happen if schizophrenia goes untreated. Not only do most patients eventually try to medicate themselves with illegal drugs, but over one-third of them will attempt suicide at some point during their illness. I think I'll wait and see how his symptoms develop. I'll tell him to come back in a month. 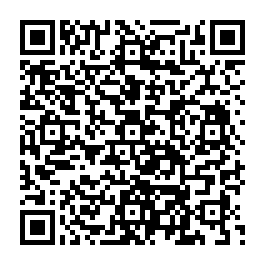