This is the story of how a gorilla showed people that maybe we're not quite as special as we thought.

It's often been said that the ability to communicate is what sets humankind apart from the animal kingdom. Animals, of course, have their own ways of speaking to one another. However, one creature in particular has come closer to a human level of communication than any other. Her name is Koko the gorilla.

Koko's journey began when she was just one year old. In the early 1970s, she was loaned from her birthplace at the San Francisco Zoo to a woman named Francine Patterson to be used in her psychology research. As part of her project, Patterson decided to teach Koko sign language. At first, Koko was only supposed to be with Patterson for four years. That, however, would just be the beginning.

Teaching a gorilla sign language is a slow, difficult process. Patterson and Koko interacted daily as the great ape grew up. During these periods, Koko had to learn how to connect certain movements and gestures of her hands and fingers with spoken English words. Koko slowly came to master about 1,000 signs and understand nearly 2,000 English words. This is about the same as the speaking ability of an average kindergarten student. 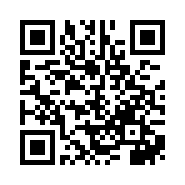