Former president who faced his own student revolt speaks about the impasse (2014/03/27)The current student revolt against the trade-in-services agreement may evoke memories of the six-day White Lily student movement in 1990 that pushed for direct presidential elections. Then President Lee Teng-hui met with student protesters to diffuse the situation, and on Thursday he talked about the experience.

Former President Lee Teng-hui was saddened that students who took to the streets were confronted by force from the police.

Lee Teng-hui
Former President
For the country to come to this, I have to say that seeing this makes me want to cry. When people express themselves they’re called a mob, that’s unbelievable. The people’s voices should exist in a democratic society. Don’t use police methods to get rid of them. First go see them and console them. Leaders have to hear voices of the people and why they are hurting and then solve those problems.

Lee Teng-hui
Former President
The people, those children at the Chiang Kai-shek Memorial Hall were really cold. I went to see them and felt it was best they leave as soon as possible because of the cold. But there were some issues that I could help with and invited them to the Presidential Office. That’s one approach.

Twenty-four years ago, Lee not only met with students from the White Lily movement, but he promised a National Affairs Conference on democratic reforms, ending the protest after six days. Today’s student protests are now into their 10th day, with no end in sight. 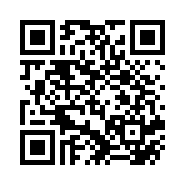