Police, protesters exchange charges of violence in Executive Yuan incident (2014/03/27)Clashes between police and protesters at the Executive Yuan early Monday morning have led the two sides to blame each other for the confrontation. Supporters of the protesters have accused the police of using excessive force while the government has defended the police, saying it was the students who resisted police efforts to evict them from the government compound.

When the clashes erupted early Monday morning, people used their mobile phones and cameras to record the actions taken by the police.

The DPP has issued an appeal for video evidence of police brutality. In the first group of photos collected, one shows a person who suffered a broken tooth and another with a swollen eye. One police officer is also seen waving a baton at a protester.

Lin Chun-hsien
DPP Spokesman
If this isn’t violence, then what is? Premier Jiang Yi-huah, is this what you describe as patting them on the shoulder and getting them to leave? That’s ridiculous.

The government held a press conference to reject the charges. Cabinet spokesman Sun Lih-chyun said it was the protesters who attacked first.

Sun Lih-chyun
Cabinet Spokesman
When they say it was the police who used violence to evict them or used force against defenseless students engaged in a sit-in, we actually saw that not all of the people were sitting there peacefully.

Sun released photos showing protesters throwing water bottles and beverages at police. In one case, a female police officer was attacked by covering her head with a blanket. There was also a video showing police calmly trying to persuade students to leave before taking action.

Sun Lih-chyun
Cabinet Spokesman
There are some things we didn’t do. We don’t want to be smeared.

With each side blaming the other, the Legislature set up a panel on Thursday to try to get at the truth. 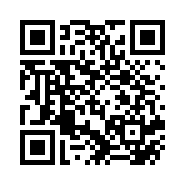