Student leader at the center of Executive Yuan siege holds outdoor lecture (2014/03/27)Dennis Wei, a student detained but later released by police for his involvement in the siege of the Executive Yuan, gave a lecture attracting 300 students Wednesday night. The event at National Chiao Tung University was scheduled to take place indoors but had to be moved outdoors to accommodate the crowd.

National Chiao Tung University students sat in the grass and listened to Dennis Wei’s speech. Behind them was a banner with the portrait and a quote by former National Taiwan University President Fu Sinian, a famous proponent of non-violent protests. Wei is a National Tsing Hua University graduate student who was detained for his involvement in the siege of the Executive Yuan Sunday night.

Wei also weighed in on what he thought could be a potential outcome of President Ma’s meeting with students occupying the Legislature.

Dennis Wei
Student Leader
It is very possible that the Ma administration will agree to the two demands of the students to end their action at the Legislature, and then later, simply laugh at them and go back on the promises that were made.

As for the siege of the Executive Yuan, Dennis Wei was not willing to say much. Prosecutors can appeal the Taipei District Court’s decision to allow Wei to go free without bail, and they are expected to decide on their next move by Monday at the latest. 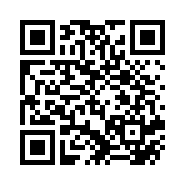