Chen Wei-yin hoped to get a win against the Red Sox after failing to beat them last year. He started by getting Mike Napoli to hit into a first-inning double play.

But from there it was downhill for Chen. After giving up a run in the second, Chen allowed this base hit to David Ortiz in the third. The runner scored as the ball eluded Nelson Cruz. The Red Sox added another run in the fourth off three base hits.

Matt Wieters put the Orioles on the board in the fourth with an RBI double off the wall.

Delmon Young added another run with a deep RBI single.

But the support wouldn’t be enough. Chen was pulled after surrendering his fourth run of the game in the sixth inning. Chen gave up 12 hits over 5 2/3 innings, but didn’t seem too worried.

Chen Wei-yin
Orioles Pitcher
I don’t think there’s a problem. I gave up a lot of runs today, but many were hits that just happened to get through the defense. They just landed in no man’s land.

The final score was Boston 4, Baltimore 3. Chen was charged with the loss. 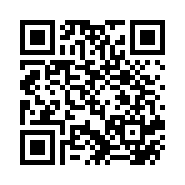